We’ve got an exciting update this week as you can now spawn individual custom objects from the Chest menu, Workshop mods, and save files. In addition, the chat has been overhauled to the new UI, making it much easier to read. And of course all kinds of other fun things and fixes.

There won’t be any updates for the next few weeks as we prepare for and will be in Seattle for Pax Prime, so hope this will tide you over until the next update sometime in September. We’ll post info on our booth next week! 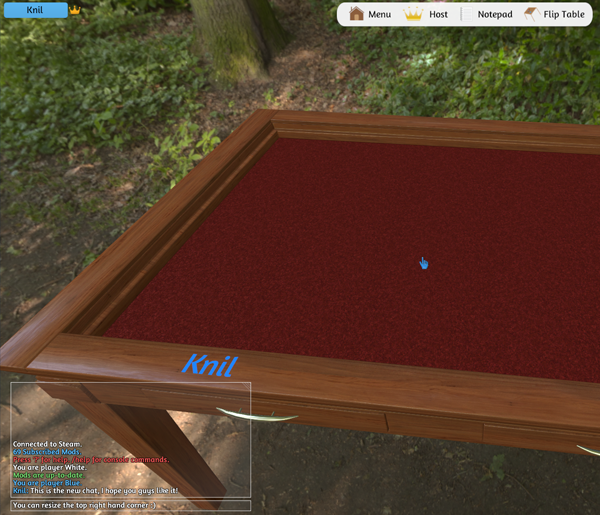 
(Only works with single decks – merged decks will not work) 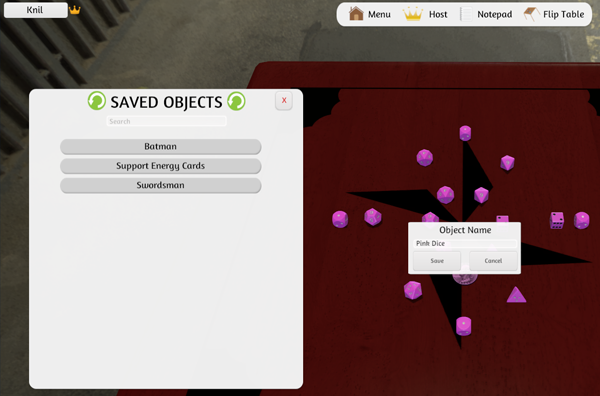 
(As always you can change your hotkeys in the launcher)