We really wanted to get more Steam integration in this patch, so now joining games are even easier with your friends through Steam! Another much wanted request is being able to add a card to the bottom of the deck – so now you can!

We have a thread stickied on our sub-Reddit, that we’d love for you guys to participate in. This is your chance to post your most requested features Then upvote the ones you feel would be most useful to add to the game. This will help us see what features the community wants the most.

If you have a mod on the Workshop, please update your mod with the new tags that are now in effect! 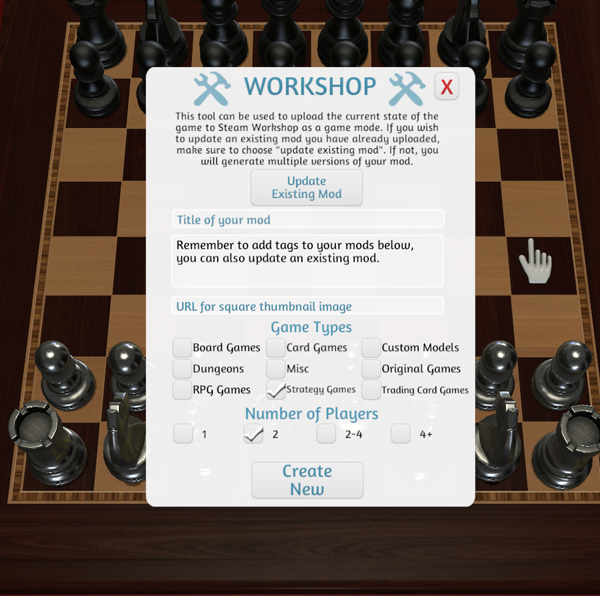 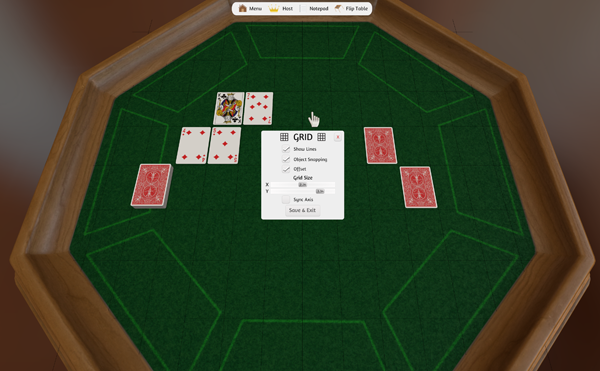 
Hope you all like this update! We are continually looking for ways to improve various aspect of Tabletop Simulator. So we’re still working on memory leak issues, stability improvements, and much more! We are a small team and we’re doing everything we can to make sure everyone can enjoy and play the game. Thanks for your support!