Another quick update for you this week to release our latest DLC, Tiny Epic Defenders, a cooperative board game! In Tiny Epic Defenders, players must select their class and work together to defend the foreboding horde and slay the Epic Foe. Now available for only $4.99!

In addition, we have added a new Peek feature, where you can look at the backside of cards and other objects!

Thanks the great community feedback, we were able to correct mistakes that came up in our Viticulture DLC. Remember to let us know if you encounter any issues as we’ll never know unless you tell us! 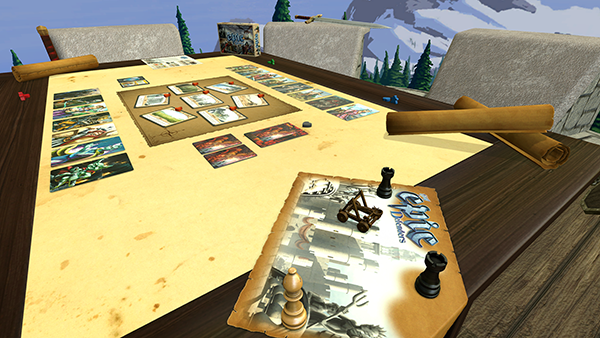