Happy 2017! Here’s to another great year of gaming! To celebrate the new year, we’re having a giveaway for Tabletop Simulator and its DLCs, so be sure to check that out here.

This update focuses a lot on cleaning up the UI and existing functions as we really want TTS to look nice and clean. If you come across any funny looking bugs be sure to post them on our forums.

Have suggestions for new features you’d like to see? Then post them either on our official forums or in the latest pinned thread on our sub-reddit. 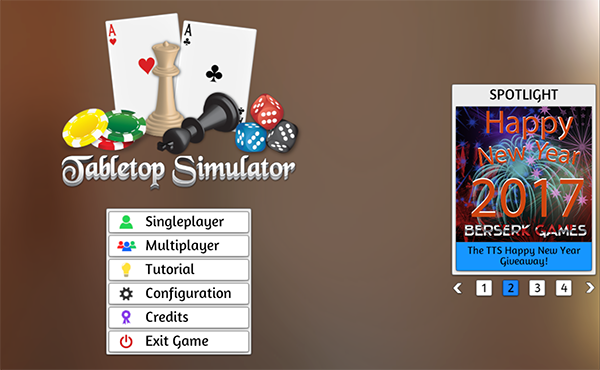